I was in Austin this weekend for the South-By-Southwest music festival. More on that later. For now, here are a few songs I heard by The Low Anthem. Awesome!! At the end of “This God Damn House” frontman Ben Knox Miller whistled into two cell phones that he had dialed out on. He asked the audience for help and we dialed the person sitting next to us. A chirping noise from the cell phones filled the room.

I am attaching two songs because the album version of “This God Damn House” does not include the phones. Instead, you can hear them on “The Ballad of the Broken Bones.” 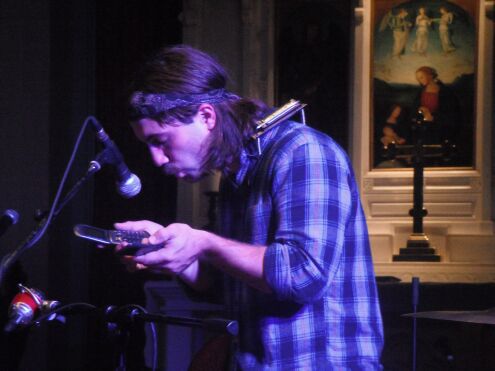