Hailing from South of London in the suburbs of Sussex, lo-fi pop impresarios the zzips come baring the gifts of outside observation. Comprised of core duo James Butler and Graham Cupples, the zzips utilize technology and retro gear to create an organic hybrid of blues and electronica, tied together with hip hop riffs and satisfying classic rock leanings.

The lead-off single “No More Hits,” to the album 20 Years Late, recently premiered on Death+Taxes. The magazine noted the duo’s mix of blues and hip hop “calls to mind Odelay-period Beck.” 20 Years Late will be released on July 21. This is the first zzips album to be released but they are sitting on another three. 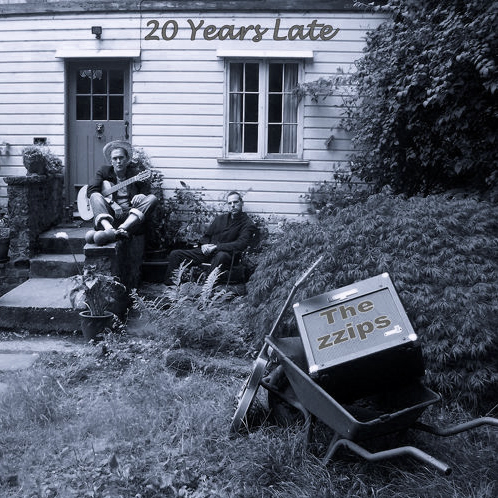