Born out of Dallas, Texas’ rich music scene, The O’s deliver a melodic, catchy pop sound, achieved with folk-minded acoustic instrumentation, drawing influences from the modern and traditional Americana scenes. Comprised of Taylor Young (acoustic guitar, kick drum) and John Pedigo (banjo), the duo had spent time in numerous Dallas bands, including Polyphonic Spree, before coming together in 2008 to form The O’s.

Thunderdog was recorded at the famed Sonic Ranch in Tornillo, Texas, just along the Mexican border near El Paso. Sonic Ranch is a state-of-the-art, top-notch studio where the band could stay on-site and record without distractions. The band felt the environment would provide them a chance to get more creative and break out of their standard mold.

Expanding on their banjo-driven style, the band stays true to themselves, while experimenting and pushing the envelope.

[audio:Outlaw.mp3|titles=Outlaw|artists=The O’s]
“Outlaw” by The O’s 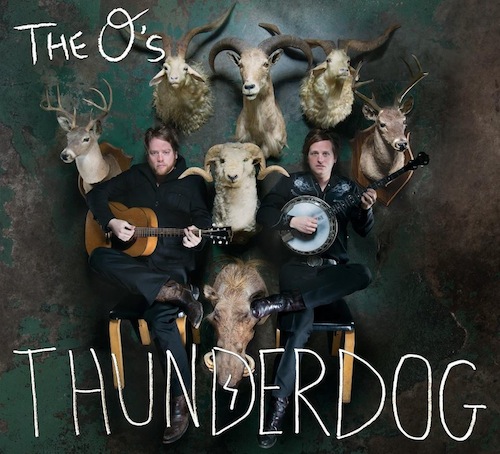