Singer-Songwriter, Josh Ritter, has released The Historical Conquests of Josh Ritter as a deluxe double LP in a gatefold jacket!

“The story of Conquests starts with the release of The Animal Years. The Animal Years was heady stuff. It was political, religious, searching in the ways that I felt best represented my own feelings about the nation at the time… the next record would be about love. Big love… And rather than spend a long time writing, I would fly by the seat of my pants. So … we all found ourselves in Maine, at Sam Kassirer’s newly-acquired farmhouse, beginning work on The Historical Conquests of Josh Ritter… I hadn’t written a word before I arrived. Over the next three weeks, however, I wrote like a madman. Sam had gotten me a tiny house down the road, and each morning after breakfast I would walk down through the snow, the air freezing my breath, making me feel more alive than I had in a while. There was no sluggishness from too long on the road, no worry about what might or might not happen next, nothing but the electric shock of the cold and the promise of hours of uninterrupted writing, recording, and hanging out with great friends… When I look back at it now, Historical Conquests was the moment when I took my own work into my own hands. For better or worse, I learned to embrace it as a part of me that I could neither control nor destroy nor ignore. And it was at that moment that I feel we all became each other’s worthy companions. Ours weren’t the lives of those dependent on the slings and arrows of outrageous fortune. Ours would be outrageous, and that was all that mattered. My friends. This is what Conquests was about. My friends, and all that we were and all that we could do.” ~ Josh Ritter 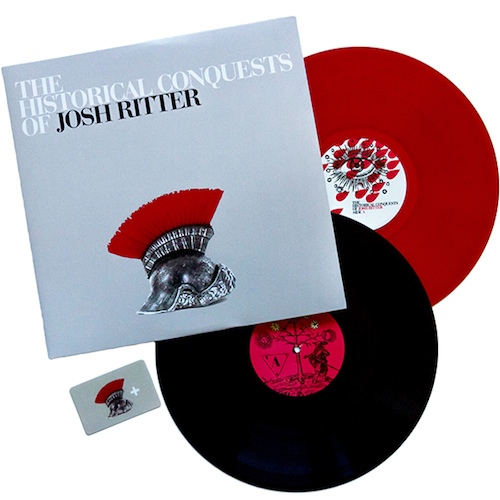