The idiosyncratic-sounding quartet, Skittish, from St. Paul, Minnesota have released their newest album, Two Legs Bad. Since their inception, the band has maintained a steady trajectory through the indie wilderness; playing SXSW and Summerfest and opening for some notable acts including The Lone Bellow.

Members include Jeff Noller, Brianna Tagg, Jeremy Krueth and Lazarus Ulysses Clearwater. Skittish began as Noller’s recording side project when his college band reached the end of the line. He was content to explore his potent musical ideas alone in his basement until he met Brianna Tagg, a classically trained pianist and voice major, whose knack for ear wormy melodies offset Noller’s neo-folk sensibilities. Jeremy Krueth and Lazarus Ulysses Clearwater rounded out the band, having been bouncing their rhythm section off the walls of dark Midwest clubs for years.

The title of their newest record, Two Legs Bad, was pulled from a line in George Orwell’s Animal Farm and is one of the many literary, economic and historical references peppered throughout the album.

“Shot in the Dark” by Skittish 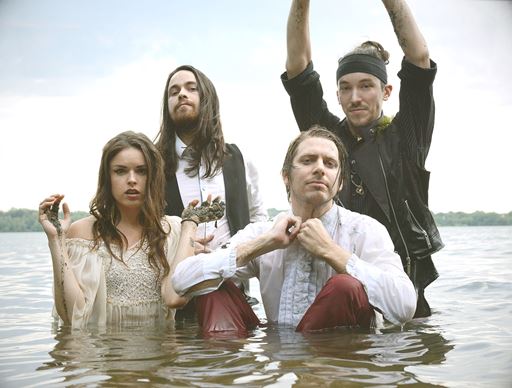