Today NPR featured The Decemberists on its Tiny Desk Concert series. Colin Meloy and Chris Funk are joined by the lovely Sara Watkins of Neckel Creek fame. They perform three songs from their latest release The King Is Dead. On the album, the first single “Down By the Water” was recorded with Peter Buck and singer-songwriter Gillian Welch, who contributed a 12-string guitar and vocal harmonies, respectively. Following the single, they perform “Rox in the Box.” They close with “June Hymn”. 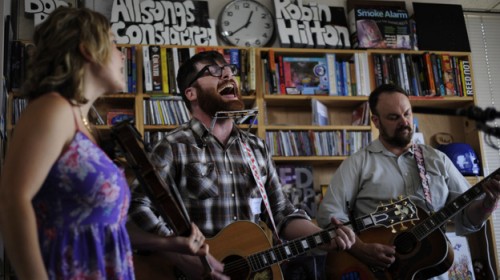